Call us, if you would like to engage us in presenting "the making of candy/chocolate talks" for your group. We even make candy during the talk and samples are given out to listeners.

We can tailor any brittle to your group's needs for both content and length! Call 717.533.7156 and get the date you need. Our available dates fill up quickly.

Hershey, Pa. October 23,2012---Grove's Candies has created something brand new...Bacon Brittle. Oh, they still make all the favorites you have come to know and love,but now they have combined America's favorites, bacon and peanut brittle!

This new exciting candy has a salty sensation combined with the lightly sweet -- without the nuts! “We noted the success of our chocolate covered bacon last year and decided to experiment with a new concoction - Bacon Brittle.” said the president of Grove’s Candies,Inc., Earl Grove. “As the longest privately run candy company in Hershey, we feel it’s our responsibility to offer a different type of quality candy and we have done so since 1956,” Grove said.

When his parents started the business they made things by hand. When you visit their shop in Hershey you will find that they still do. In fact, his parents, aged 85 and 90 years old, still make much of the candy, putting love in every batch! The shop, filled with all kinds of brittles and chocolates and other candies, is a reminder of days gone by and the perfect place to buy a unique gift for someone special. 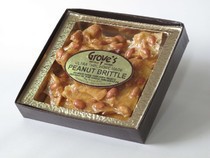 Grove’s Candies, Inc., of Hershey (Hershey’s other candy company since 1956), is pleased to announce that a beautiful 30 foot fir tree, cut from their property, was donated to Paxtang Borough for display in their square over the Christmas season. Martins Tree Service of Hummelstown removed the tree and delivered it to Paxtang Borough, where it now stands waiting decoration for the upcoming holidays. Paxton Bourough Tree Lighting will be Dec 1, 2013 @ 6 pm.

Evan Grove (originator of Grove’s Candies) started the tree as a seedling over 25 years ago. He stipulated that it could be removed only after his death. With his passing last June, the Grove family decided to donate the fir tree to the local community of Paxtang Borough. The decorated tree will stand in memory of Mr. Grove and his love of the holiday season. Grove’s Candies has been making ultra thin peanut brittles and chocolates since 1956 when they started a business to raise finds for their local church. Since then they have expanded their product line to include many other flavor brittles, like Bacon Brittle, Caramel Apple Brittle, and Oatmeal Raisin Brittle, to name a few. Chocolate cremes, homemade fudge and flavored popcorns are among the many other confections The Grove Family makes. They are proud to contribute to the community and support celebrations of the holiday season. The shop is located at 1424 East Chocolate Ave in Hershey. Shop hours are Tuesday-Saturday 12pm-6pm . 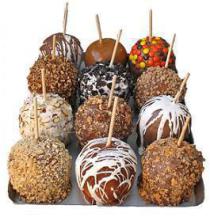 GROVES HAS A PRESENCE AT COMUNITY CRAFT SHOWS

Community is important to the Groves. They have been present at many schools and church craft shows. They have even had a booth at the Christmas craft show at the Farm Show building for years.

17 Best Spots For Bacon In Central PA., From Supermarkets To Gourmet Fare 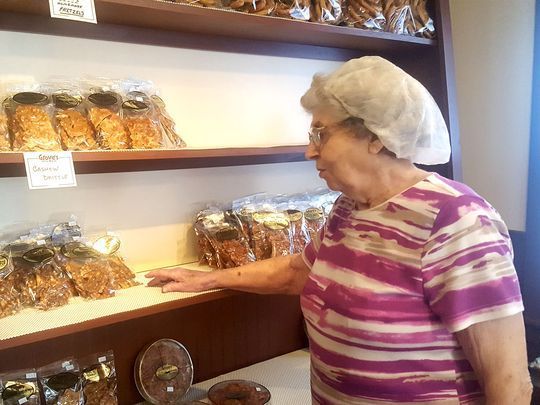 After starting as a church and holiday specialty, then expanding to a family-owned business, Grove’s Brittle Works celebrates 60 years of sharing its homemade brittle.

Although the new store that opened six years ago at their East Chocolate Avenue location now sells 250 different types of candies and 21 flavors of brittles with a new concoction every month, the same recipe is behind every paper-thin batch of brittle.

“(Candy making) has been my life. I helped my mother make peanut brittle and worked with the candy, so I’ve really been doing candy more than 60 years,” said 87-year-old Mildred Grove, who started the business with her husband, Evan. “Nobody makes brittle like we do, and a lot of people, once they taste it, find that you won’t break your teeth on our brittle. It’s just one of those things that people really like.”

They started with a fundraiser at their local church to raise money to send ​two​ heifers to post-WWII Germany for relief to families, and after raising $400 for each cow, they saw an opportunity to grow the business.

“It’s been a lot of work, but I’ve enjoyed it,” Grove said. “I enjoy the people that I talk to; to find out where they live, to know some of candies they’re familiar with and some they don’t know.”

Grove began selling at work to earn pin money, but expanded to 175 grocers from Carlisle to York and sold brittle at local malls, schools and craft shows all with the help of her husband and son, Earl.

“Since my husband has gone to be with the Lord June 26, 2013, we always made it together, but now I have my youngest son, who is my baby” she said. “It’s great because he’s the one that comes up with the ideas. He is a very caring person and a very wonderful caregiver for me because the way he looks after me,​ I can still work.”

Those ideas have led to giant brittle houses and castles that are displayed in photos on the shop walls as well as chocolate-covered bacon, which Grove admitted to needing time to get accustomed to.

“I thought bacon goes with eggs not milk chocolate,” she joked. “It was a long time before I would even taste it, so I finally decided and was open minded and realized that it really is good. It doesn’t taste like bacon and eggs. I like it better with the chocolate.”

With hopes sooner rather than later to introduce a maple bacon recipe and plans in the far future to open a second store, Earl Grove emphasizes keeping the business in the family.

“We’ve been approached by companies in the past, like Macy’s, that want 10,000 pieces a day or QVC that wants 10,000 in a minute,” he said. “You can’t do that unless it’s through a machine. If we make it like that, it would be no different than what you’d find down the road.”

Their store is located at 1424 E. Chocolate Ave. in Hershey, and they welcome anyone to come taste their brittle and learn the story behind the candy. 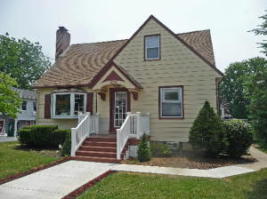 Where to Find Us:

Check out our online store and get your favorite Grove's Brittle shipped right to your front door!!

Grove's Candies has now added their delicious creamy chocolate candy to their list of products that now can be ordered on our product catalog. If there is something you want...please call and ask. We just might have it!!

Sign up below for our Free Newsletter and recieve up to date information on discounts, specials, and deals that Grove's will be running from time to time. Don't miss out!

Did you have an amazing experience with Grove's Brittle Works? We want to hear about it. Leave us a comment!